How To Design A Marketing Email Step 4 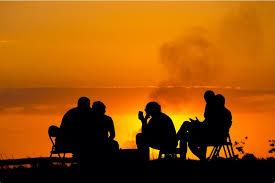 How To Design A Marketing Email Step 4 is the fourth step of my 10-Step Master Formula … the 10 crucial steps … that I use to create killer autoresponders and broadcast emails for my clients and myself.

How To Tell Stories and Get Paid ...

You know, my dad was a big guy.  Almost bigger than life.

He grew up on a farm in Western Canada with 5 sisters.  Left home to work on the railroad when he was 18.

Got drafted into the Canadian Army at that same age to go fight for Canada’s “mother country” … Great Britain … in World War II.

Not something he was excited about since he held no particular allegiance to the British Empire.

His draft notice caught up to him while he was working on the railroad.

Some say the Canadians were the best-trained soldiers in the world during World War II.

They even stated that in a classic WWII movie, The Devil’s Brigade, starring Cliff Robertson and William Holden.

My dad landed on the beaches of Normandy … Juno Beach … on D-Day.

And fought alongside Allied troops moving through France, Belgium and Germany.

Later, he went on to become a cop.

After that, he helped build the Trans-Canada Pipeline.  Back when building pipelines was a thing.

What I … and my wife … remember most about him, though, were his stories.  Man he could tell a story.

Stories I remember to this day.

Enough stories that I could write a book.

So what did I just do there?

I told you a story.  About a guy who told stories.

And that’s kind of like … no it’s exactly like … the 4th step of my 10-Step Master Formula for writing killer autoresponders and emails.

Craft A Strong Story, The Meat Of Your Email.

That’s what effective emails do.  They tell stories.

The story doesn’t even have to be directly related to the product or service you’re selling.

It just needs to be interesting and engage your readers.

So they keep reading your email and even looking forward to the next one.

And that’s the 4th step of my 10-Step Master Formula for writing killer autoresponders and emails.