How To Design A Marketing Email Step 6 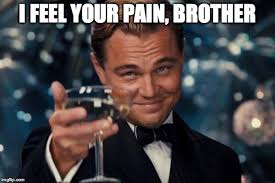 How To Design A Marketing Email Step 6 is the sixth step of my 10-Step Master Formula … the 10 crucial steps … that I use to create killer autoresponders and broadcast emails for my clients and myself.

I feel your pain …

Doesn’t it always seem like we’re smack dab in the middle of a US presidential campaign?

And every one seems like it was one for the ages.  Getting uglier and uglier each time.

But regardless of what you believe or who you vote for or what your political philosophy is, there’s a presidential campaign from the past that illustrates exactly what I’m talking about in this step.

Some of you may be old enough to remember the campaign of 1992 when Bill Clinton was running against the sitting President George H. W. Bush?

Even if you don’t, something happened that dramatically tipped the scales towards Clinton in that race.

Now understand, nothing here is a political statement.  About either one of them.

Just an observation about the way the two candidates connected … or didn’t … with voters during that particular campaign.

Bill Clinton … no matter what you think of him personally … was a master communicator.

During the campaign, he was at a New York City fundraiser and he made a huge breakthrough while responding to AIDS activist Bob Rafsky.

Rafksy was trying to get Clinton to take a stand and address the AIDS epidemic which … or at least it seemed … was spreading across the country unabated.

That’s when Clinton uttered those famous words, “I feel your pain.”

Now contrast that particular moment with this one later in the campaign at a town hall.

Bush, when a voter asked him a question, looked down at his watch and appeared to be uncomfortable … even bored … in that particular town hall setting.

Well, we all know what happened in that election.

Bush was sent home after one term.

And the phrase “I feel your pain” became a cliché.

Even immortalized on Saturday Night Live.

And it reminds me of the sixth step of my 10-Step Master Formula for writing killer autoresponders and emails.

Even bring out the ugly.  Make it personal if need be.

This is actually one of the foundational steps of good copywriting whether in an email or a sales letter.

And that’s the 6th step of my 10-Step Master Formula for writing killer autoresponders and emails.

Now you’re welcome to use my 10 step formula to write your own emails and autoresponders.

To take the time and try to put all the steps together and come up with an email … or a series of emails … that’ll move your prospects towards doing what you want them to do.

Or give them to your in-house writer to do the same.  If you have one.  Even give them to another freelancer and have them write your emails.

But if another freelancer doesn’t know these steps, their emails will likely suck anyways.  And they won’t have the time to put it all together and master the process.

I know that writing effective, click-producing emails seems like a complicated process.  And it is.

It took me a long time … hours and hours of practice … to master all 10 steps.

Writing.  Rewriting.  Ready to try something else.

And then it started clicking.

I finally started getting it.

At one point, more than several hundred consecutive days of writing.  Without taking a day off.

And I still try to write every single day.

So don’t get discouraged.  Keep studying these steps.  Keep practicing.

And sign up for my free ebook on freelance writing.