Did I Just Miss That Wave Again? 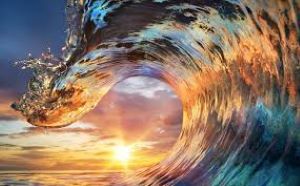 Now I suspect that I’m older than most of the people reading this.

But did you ever happen to see any of those old Hollywood surfer movies made in the 1960’s?

Yeah, I get it.  Probably not.

But the usual premise was that the tanned, lean guys were always trying to catch the perfect wave.  And … coincidentally … the perfect girl.

I’m old enough to remember reading about lotteries to hand out cell phone licenses.  And what a goldmine those licenses were going to be.

An investment analyst I’ve read over the years wrote about those licenses when cell phones were just a dream.

He very accurately predicted that the government would be awarding licenses for people to go into the cell phone business.

Of course, holders of these licenses would become very, very wealthy.  But so would investors.

And, of course, tech stocks like Amazon. Who predicted those?

Especially after they all crashed early in this century.

It wasn’t too long ago it seems … a little over 10 years … we were trying to recover from a world-wide recession.

And I was reading about the creation of something called Bitcoin.  And shortly after that, crypto.

How these prices … though extremely volatile …were going to the moon.

Well, I’m happy to say that I did catch quite a bit of that one.

The latest wave you may not want to miss is the absolute explosion in the need for freelance writers world-wide.

And, if you’re reading this, you’re at least interested.

The meteoric growth of the internet has absolutely exploded the opportunities available in freelance writing.

Can you really become a freelance writer and make good money?  Part-time.  Or even full-time?

Well, yes you can.   Many, many people are doing it.

In fact, they’re doing it from home.  And from anywhere in the world.

And you don’t have to be a great writer.

In fact, you only need a few minimal qualifications:

Some people are earning a nice supplemental part-time income.  But others are earning the kind of money that allows them financial freedom.

And a full-time living doing something they really enjoy.

“60% of freelancers who left their full-time job now make more money as a freelancer. And as more individuals with highly specialized skill sets make the switch to freelancing, these figures will likely continue to rise.”

And get this:  33% of those who make more as freelancers did it immediately.  24% took less than six months. And 17% took six months to a year.”

Becoming a well-paid freelance writer can happen FAST if you follow the right steps.

The first thing I recommend checking out is a program I think very highly of.

If you’re interested in a great place to start, go to:

They’ll get you started right away.