How To Design A Marketing Email - Step 7 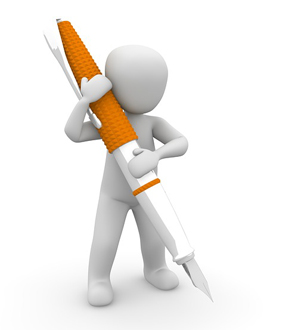 How To Design A Marketing Email Step 7 is the seventh step of my 10-Step Master Formula … the 10 crucial steps … that I use to create killer autoresponders and broadcast emails for my clients and myself.

How to be a savior instead of a bust ...

If you’re a North American sports fans like me, you’re probably familiar with the drafts each pro league holds on a yearly basis.

All the major professional sports teams … the NFL, NBA, NHL and MLB … hold a draft of young players that will determine much of the future success of their franchises.

And, inevitably, some of those young, inexperienced players are projected to be the saviors of the franchise.

Think about it.  In the three leagues that are drafting players projected to be ready to play now, the worst teams draft first.

Major League baseball tends to draft fewer ready-now players.  So they tend to draft players for the more-distant future.

Baseball players tend to take longer to develop than in other pro sports.  But even in this draft, the “saviors” are drafted first.

And that’s where fans get the idea that these players are coming on board to save their franchise.

On a particularly personal note, the NFL team that I’ve followed since I was in high school … the Oakland (now Las Vegas) Raiders … drafted JaMarcus Russell number 1 overall out of LSU in the 2007 NFL Draft.

Huge, strong, athletic with a big arm.  He was going to turn around their franchise.  Be the cornerstone ... one they could build their team around … for years to come.

Boy, did they get that wrong.

After being paid more than $30 million, he bombed out of the league within three years.

So much for being a savior.

And that kind of reminds me of the 7th step of my 10-Step Master Formula for writing killer autoresponders and emails.

Position Your Product Or Service As A Savior At This Point.

Now … of course … your product or service should actually deliver the results your customer or prospect wants.

You don’t want to promise results that you can’t deliver.

But if you’re selling a quality product or service that you believe in, your emails or autoresponders should position it as the solution to your prospects’ problem.

And that’s the 7th step of my 10-Step Master Formula for writing killer autoresponders and emails.