How To Design A Marketing Email Step 8 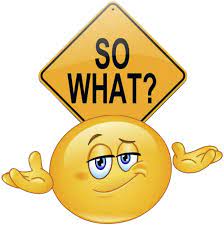 How To Design A Marketing Email Step 8 is the eighth step of my 10-Step Master Formula … the 10 crucial steps … that I use to create killer autoresponders and broadcast emails for my clients and myself.

Do you remember the Colossus of Clout?

As I’m writing this, we’re right in the middle of the dog days of summer.

I’m a sports fan and one of the few sports available to watch in summer in North America … at least that I’m interested in … is MLB baseball.

Grew up playing hockey and football.

But baseball is equally as compelling as those sports in my book.

It’s a little slow … and the games are too long … for today’s young sports fan but the individual battles between pitcher and batter can be compelling to those who love the game.

I even subscribe to cable’s baseball package so I can watch my beloved Toronto Blue Jays … the team I’ve cheered for since their inaugural season … for all 162 games.

And I tune in to most of them.

Ever heard of “The Sultan of Swat”?  Babe Ruth?  Yeah that guy.

He changed how the game of baseball was played.  But maybe not in the way you might first assume.

First of all, he was originally a dominating pitcher.

But when he started hitting home runs … with an amazing frequency … it soon became apparent that he should be getting at-bats every day even when he wasn’t pitching.

So they put him in the outfield on non-pitching days.

The term “swat” was a commonly used term for a hard-hitting baseball swing during that era.

And all the Babe did was go on to become a sports icon.  Because of his hitting.  Not his pitching.

Even more than that.  A true American legend.

And he helped vault baseball into the forefront of American culture.

He was forever memorialized and christened with some of the most classic nicknames ever and reiterated in the classic baseball movie “Sandlot.”

The Sultan of Swat!  The King of Crash!  The Colossus of Clout!  The Great Bambino...

And that kind of reminds me of the 8th step of my 10-Step Master Formula for writing killer autoresponders and emails.

Outline The Features And Benefits That Back Up The “Superhero” Promise You Just Delivered.

SWAT is a copywriting acronym used to describe bringing out the benefits of your product or service rather than its features.

As long as you keep stating features that can elicit a “So what?” response, you need to continue to explain the benefits of that feature.

Of course you want to talk about the features of what you’re selling.  But you’ve got to turn those features into benefits.

One of the founding tenets of skilled copywriting is that your readers don’t give a hoot about features.

Sure, they might want to know what some of the best features are.

But really, all your prospects are worried about is what you or your product can do for them.

The benefits they’ll receive by paying you for your product or service?

And that’s the 8th step of my 10-Step Master Formula for writing killer autoresponders and emails.