How To Design A Marketing Email Step 9 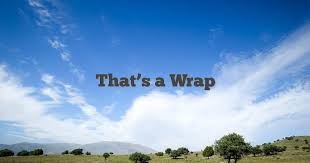 How To Design A Marketing Email Step 9 is the ninth step of my 10-Step Master Formula … the 10 crucial steps … that I use to create killer autoresponders and broadcast emails for my clients and myself.

I do.  In a wide variety of genres.

But even if you’re not big on movie-watching, you’ve got to agree with one thing.

Film and history are inextricably linked aren’t they?

Movies are the medium that so many people use to learn about history.

Either by watching a movie about an era.

Or by watching a movie made in an era.

And that’s why the process of movie-making has always fascinated me.

When the credits roll at the end of a movie, it’s amazing to see the number of people required to make a movie.

And the crazily diverse responsibilities they have in the movie-making process.

As movie-making becomes more amazingly high-tech, the credits at the end of today’s movies just seem to keep on rolling.

Through the years, I’ve read some insane facts related to making movies.

For example, did you know that Sean Connery wore a wig in every one of his James Bond movies?

Or that Jim Cavaziel was struck by lightning while he was on the cross while making “The Passion of the Christ?”

How about the fact that there is a sound effect called the Wilhelm Scream that has been used in over 200 movies and TV shows since 1951.

So how about the Christmas classic “Home Alone”?  The ornaments that Marv steps on are actually candy.

How about this one?  Peter O’Toole was nominated for 8 Academy Awards but didn’t win a single one!

Since the 1920’s, filmmakers … directors … have been using the phrase “That’s a wrap” when filming is done and they’re ready to go into post-production.

And that kind of reminds me of the 9th step of my 10-Step Master Formula for writing killer autoresponders and emails.

Wrap Up With A Close And A Call-To-Action.

This is when you want to say something that drives your prospects back to your website now.

A limited-time offer.  A big discount.  Even a bonus.  Or a video demo.

Something that gets prospects off the fence and over to your monetizing page.

And that’s the 9th step of my 10-Step Master Formula for writing killer autoresponders and emails.