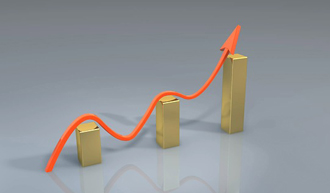 The art of writing powerful headlines ...for a sales page or content page … is far more than being cute or clever.  In fact, a truly effective headline should never try to be cute or clever.

Remember, the headline is the first thing your prospect sees when they land on a page.  If it doesn’t reach out, grab her and pull her into your copy, she’s gone.

So how do you do that?

The main purpose of any headline is to get attention.  Remember that you only have about five seconds to get your prospect’s attention.  If you don’t get it by then, you probably won’t get it.

David Ogilvy … an advertising legend … said that the headline is the most important part of an ad.  On average, five times as many people read the headline as read the body copy.

The Secret Of The Four U’s

The Four U’s describe the four critical elements of writing powerful headlines.  They were one of the first things I learned when studying to be a copywriter.

Using them will supercharge any headline.  And give it more muscle and more potency.

Using at least three can still result in a successful headline.  One that gets your prospect to start reading the rest of your ad or sales page.

What Are the Four U’s of Writing Powerful Headlines?

What Else Can A Great Headline Do?

2 Things You Should Never Do When Writing Powerful Headlines

1.  Your headline should never say something standard or conventional. Your prospect will go somewhere else if she knows where you’re going.

2.  It shouldn’t mislead or trick your prospect.  If you make a promise and fail to deliver, you’ll lose your reader’s trust.  And any chance at a sale.

You can select the reader as your target prospect by saying something meaningful to her.  In other words, great headlines have both a positive and negative affect.

They attract your intended audience.  And they let the rest of the world know the message is not for them.

Sometimes, your headline can make a direct impact by using numbers.  For example:

Using specific numbers makes it easy for your reader to see where you’re going.  And why they should read on.

The Secret Of Indirection

When writing headlines that are direct, your prospect’s sales resistance immediately goes up.  This is even more common now with the advent of social media.

When people realize you’re trying to sell them, they often immediately put up a wall.  Go into a resistance mode.  Even if they actually want and need what you’re selling.

So what do you do?  Well, don’t tell your prospect directly what’s coming.  Instead, lead them into it in a roundabout way.  The result?  They are more prone to become open to your message.

So how do you do this?  Use a headline which doesn’t really pertain to what’s coming up below.  A headline like this eases your prospect into the copy.  Lowering their level of resistance.

It shows your prospects instead of telling them.  they then She then come to their own conclusions about what’s being said.

For example, a well-known headline from a financial newsletter in the 1990’s referred to a new railroad in America making some stock investors very rich.  But it isn’t about a railroad stock.

The new railroad was the internet.  The ad went on to compare the opportunity in internet stocks to the one presented to early investors in railroad stocks.

If the copywriter had simply written a headline about getting rich in internet stocks, the prospect’s normal reaction would be to immediately resist the message.

1.  Don’t try to be cute or clever. Write direct, powerful headlines that clearly communicate your promise, offer or idea.

2.  If you do come up with a headline that’s new and creative, don’t be afraid to use it.  But also use proven formulas.  They work.

3.  When using a question in your headline, be careful.  Don’t ask a question that can be answered the wrong way.

4.  Use a testimonial for a headline if it fits.  When a prospect sees quotes, they realize that someone is testifying to the information which follows.  It provides instant credibility.

5.  Always use the Four U’s to strengthen your headlines.  Shoot for at least 3 out of 4 every time.

Subheads … Use Them To Seduce Your Prospect

Subheads are like miniature headlines.  They break up copy into appetizing portions.  And allow the reader to scan the copy without a lot of effort.

Subheads provide multiple opportunities to pull your prospect right into the copy.  Subheads power your copy.

They make your copy flow from beginning to end.  And make it easy for your prospect to enter at any point.

Good subheads can sell your product or service by themselves!  And … if done right … can get across your entire sales message.

1.  Subheads should state benefits and connect to the main benefit of your sales copy.

2.  Good subheads can sometimes sell the product or service all by themselves.

3.  Headlines that don’t quite rise to the top of your sales page … or letter … may be perfect subheads.

The secret to writing powerful headlines that draw your reader into your sales page copy like a magnet is actually a series of “secrets.”

Follow the ones in this article and you’ll dramatically supercharge the odds of writing the best headline you can.

Back to top of Writing Powerful Headlines